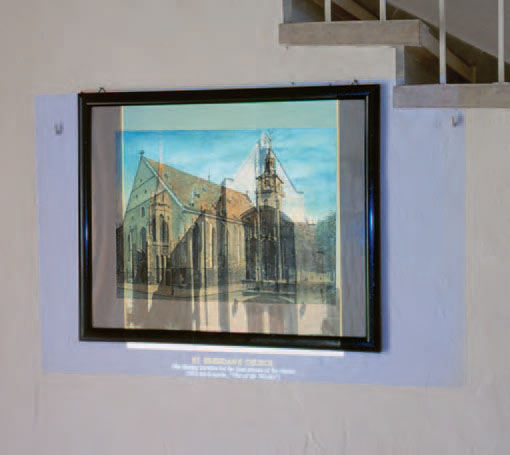 A screen was placed in the central nave of the Hospitalkirche (hospital church) in Stuttgart, which created a small cinema with pews within the church. Every visitor had to pass through this space to get to the altar area. In this arrangement of space, there were moments of light and darkness, the illumination of the altar and the cinema screen in the central perspective of the observer, and the opening and closing of the curtains in both places – which were both cinema and church at the same time. A slide image was projected onto the back of the screen. It was a double exposure, showing both the exhibition location – the Hospitalkirche Stuttgart – and St. Brendan Church in Los Angeles.

These church rooms are today used in various ways. At the Hospitalkirche, contemporary art is shown, and St. Brendan serves as a location for the Hollywood film industry. In 1953, it was used for the shooting of the final scenes of the science fiction movie War of the Worlds.In internationally oriented Los Angeles, the authentic locations of Hollywood movies have been turned into tourist destinations, and movie history becomes a key element in the historical chronicle of the city.

In War of the Worlds, the real St. Brendan became the set for the last refuge of the few people to survive the invasion of the aliens. After horror and fear, the movie ends, like so many other Hollywood productions, with the salvation of all mankind. In its aesthetics, architecture, and its stories, cinema formulates demands that also exist in religion, and frequently, Hollywood itself is like a religion spanning the world. 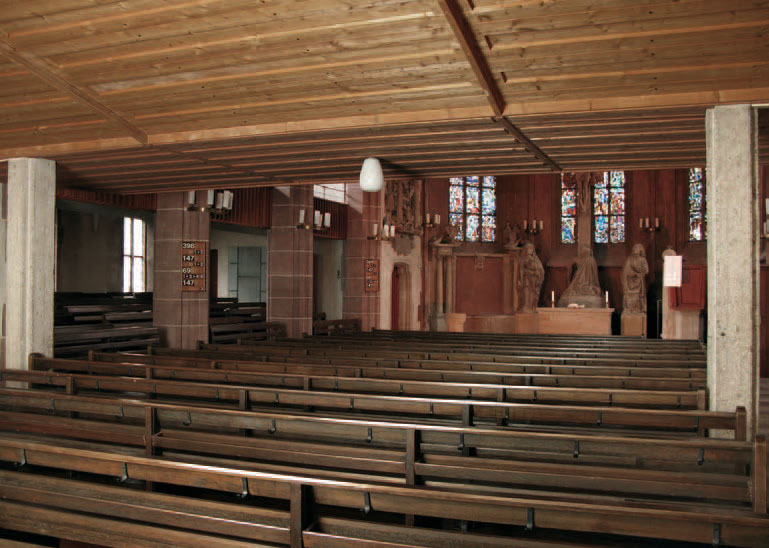 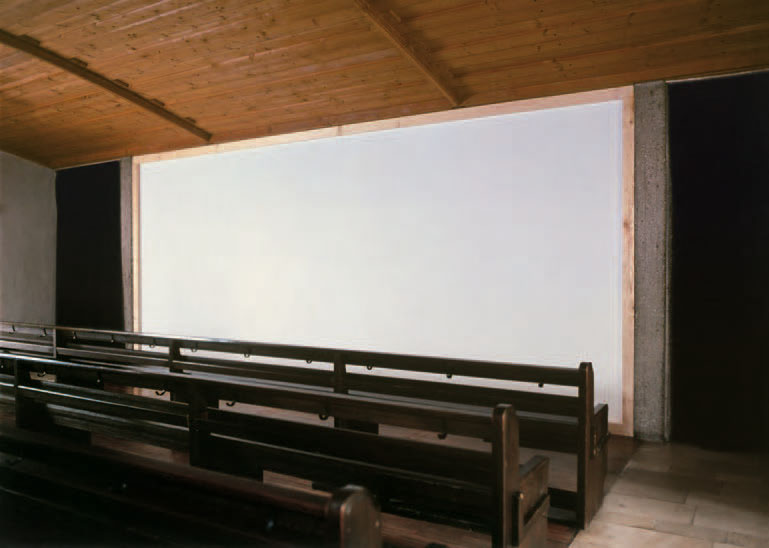