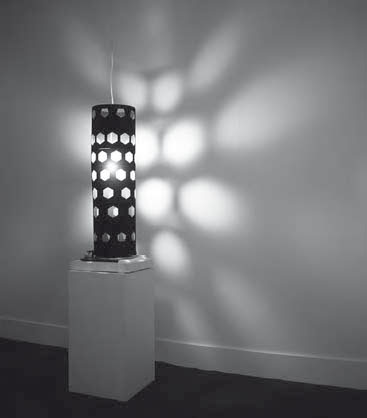 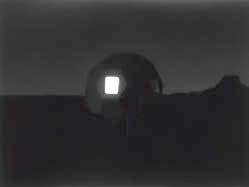 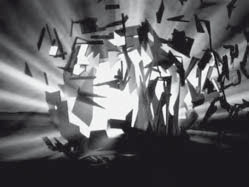 The basic geometric shapes (pentagons and hexagons) of the Kugelhaus can be put together using fluorescent tubes to make a wall installation. Various combinations of wall paint in the style of a bar code (e.g. for the title of an international architecture magazine) and the wattage of the lamps are all possible according to individual taste. The film projection shows a version of the animated Kugelhaus, which explodes like the modern architecture in Michelangelo Antonioni’s film Zabriskie Point (1970).

In contrast to the hopeful, utopian statement in the animation in melancholie70, tuning70 stands for the relativization of utopian designs.

An example of that is the event of 1970 that shook the world’s faith in unlimited progress. In April of that year, the NASA moon mission Apollo 13 came to the brink of disaster following the explosion of an oxygen tank. The world was on edge for several days after the crew radioed to mission control: “Houston, we have a problem.”

In the 1960s, Brion Gysin and Ian Sommerville constructed a kind of light organ which was called the dreamachine. A cylinder with cut-out surfaces was mounted on a record player. A hundred-watt globe was installed inside the cylinder. At 78 revolutions per minute, the light streaming out through the holes had a frequency of 8 to 13 pulses per second. That is the equivalent of the alpha waves in the human brain, and has a psychoactive effect if watched for a long time. The work traummaschine employed the dreamachine building plans with both the basic forms of the Kugelhaus. 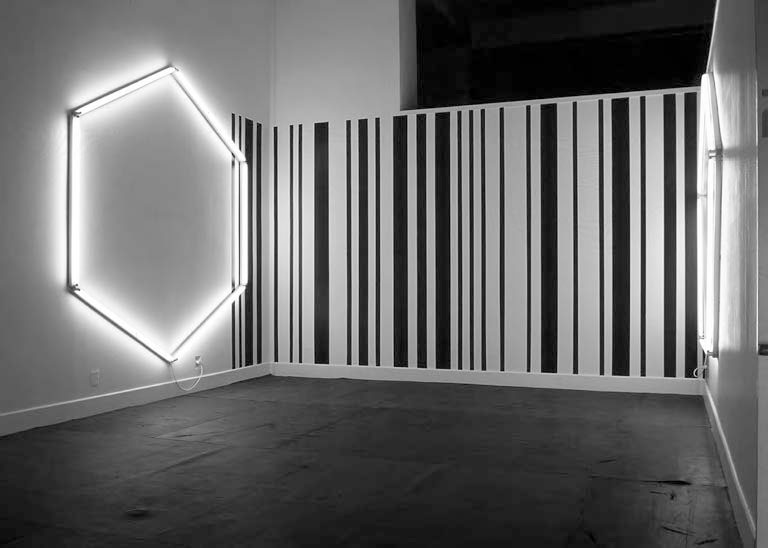 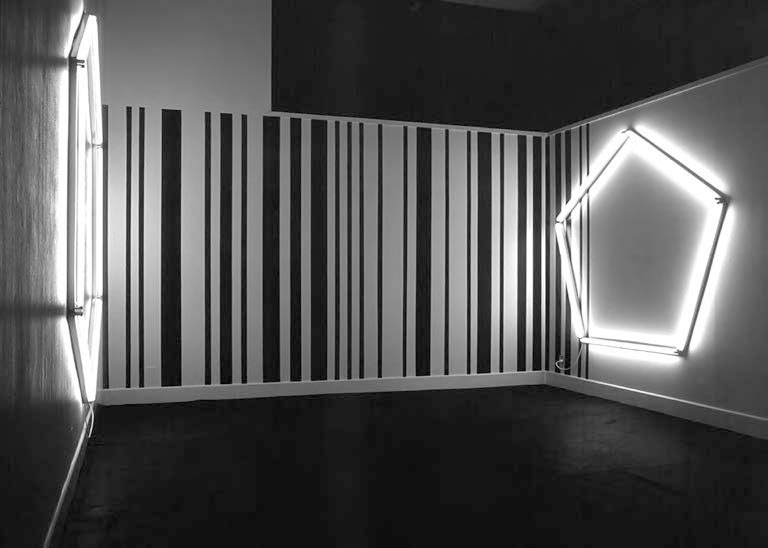