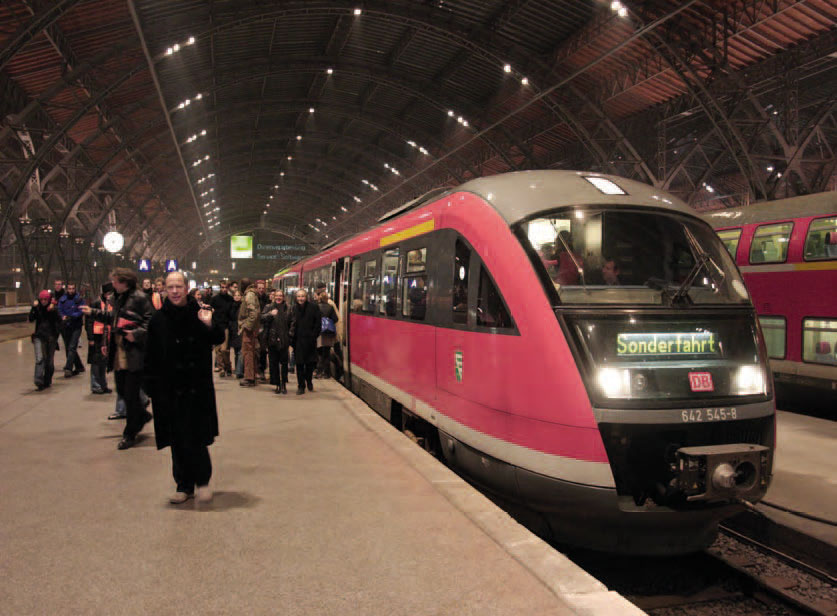 The architects’ association Leipziger Verein Kunsträume e.V. holds events once a year in buildings not usually open to the public. In cooperation with the London sound artist “scanner,” the soundtrain project was developed for engine shed 2 at Leipzig central station. The audience bought tickets at Leipzig central station to go on a train specially arranged for the evening, and rode on it to the engine shed. The doors were open, the audience sat on the tracks, and saw the huge turntable that had been transformed into a cinema screen. At the start of the projection and the concert, it was turned into the audience’s view. The film zug um zug is in reference to the East German diesel engine V180 (118) and shows various aspects of this theme.

Das Bild des Realen, das Reale des Bildes (The Image of the Reality, the Reality of the Image) – Pictures of train photographers, model makers, and model collectors, with model landscapes

Das Modell (The Model) – Diesel engine V118 as a model, as a mini railway engine, and in a virtual model-train landscape 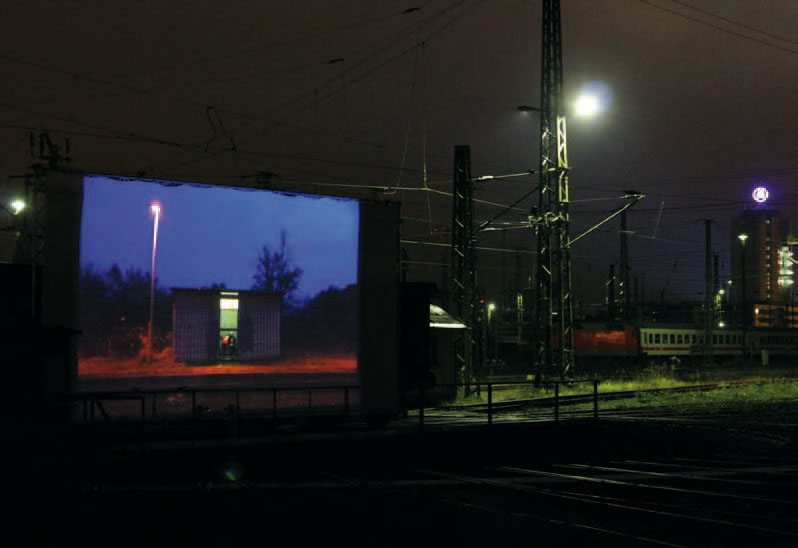 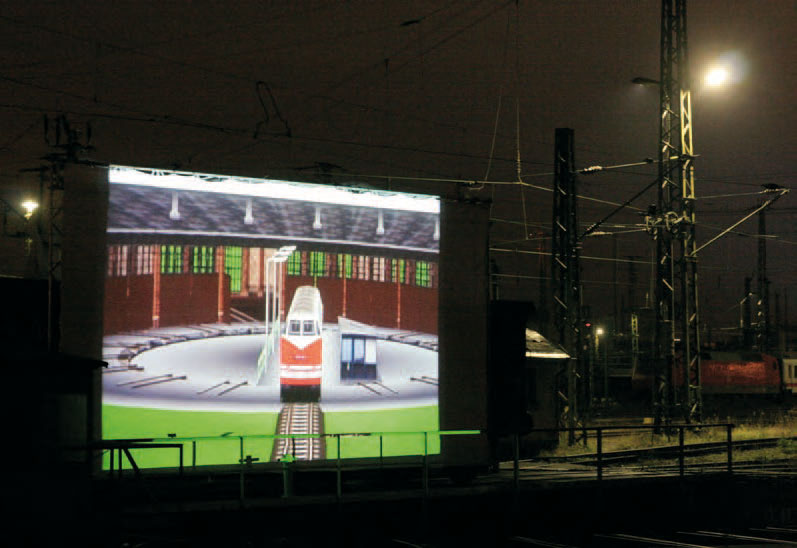 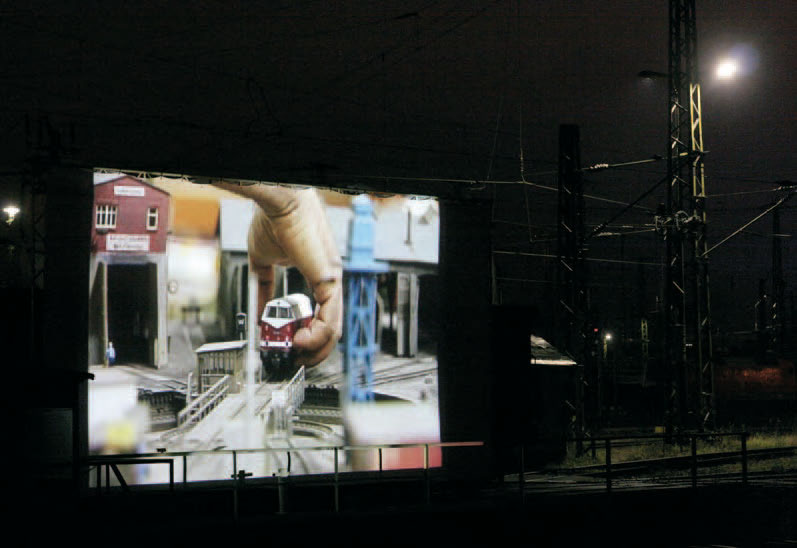 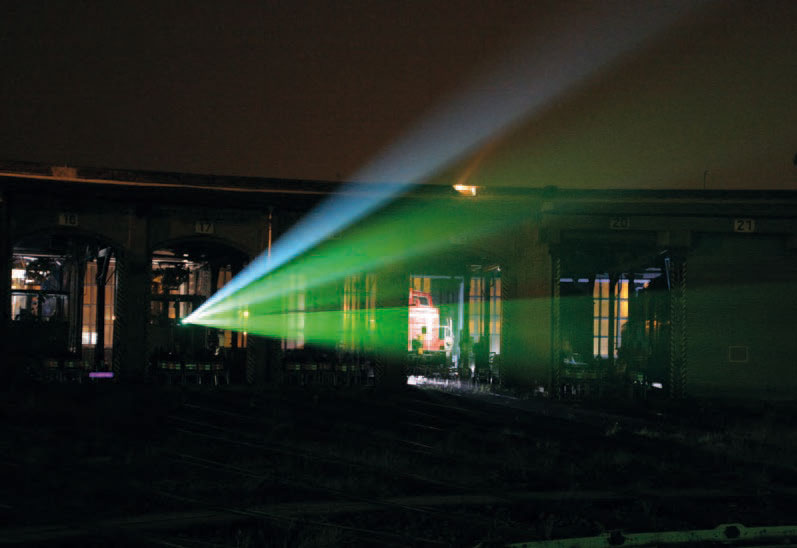 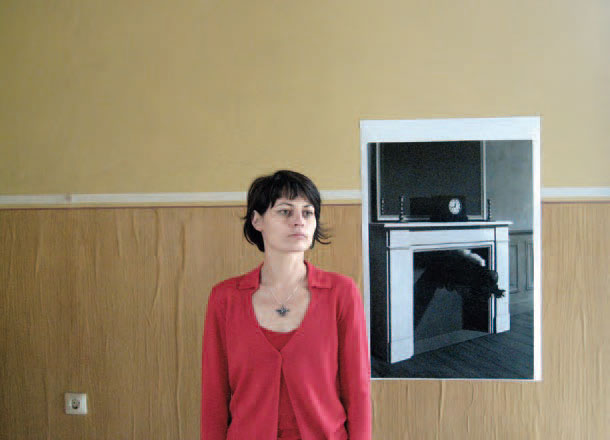 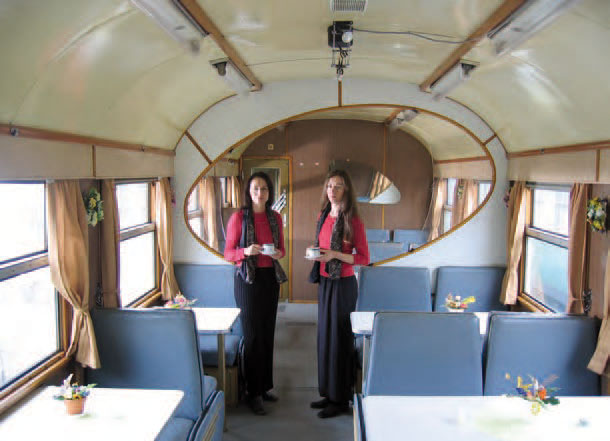