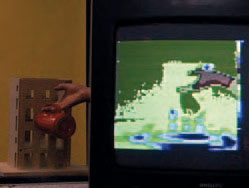 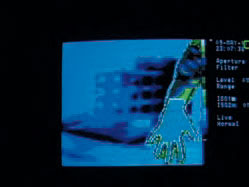 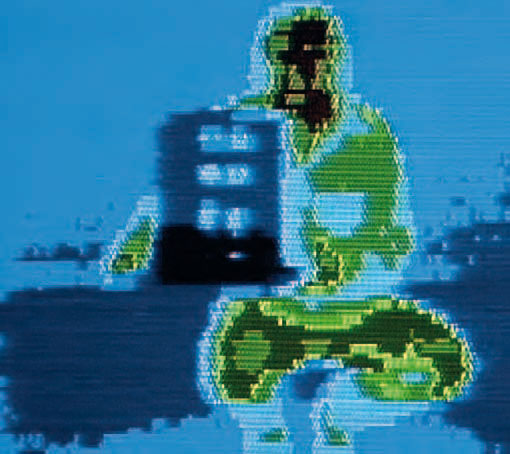 The work housemapping was created within the framework of a proposed competition (which did not go ahead) for architecture-related art for the Bundesrat building in Berlin. The building houses one of Germany’s most important political institutions – the second chamber of parliament. It is a focus of public interest and at the same time separated from the public by intense security measures. This paradox of the necessary transparency of a democratic institution and its division from public spaces formed the basis of the design.

The spectrum of perception was to be expanded by recording the heat radiated by the building via an infra-red camera. The cameras were positioned outside in places where they would also record the movement of visitors, the opening and shutting of doors, and the arrival of vehicles. These are the parameters, along with the weather or the state of the facade insulation, that influence the thermo scan. The activities carried out between the building and public space thereby not only become measurable, they are transformed into pictures. The infrared images, processed by a computer, lead to new conceptions of space.

Housemapping can operate in real time or record images in certain rhythms of the hour, day, week, or month.

Housemapping works with the building as a shell and a sculpture for interaction between users and visitors, with present and past processes.

Identical electro-mechanical rings were to be attached to the three domes in the hall of the Bundesrat building. Each ring was to have a lens aperture fixed to it in that could turn through 360 degrees. The apertures could be positioned anywhere using the ring-shaped rails. The thermo scan data from one point outside and one point inside were to be translated into a turning motion of the apertures.

Thus, measurements on the outside facade (camera 1) provide the base data for steering the angle of the rings. Measurements in the interior (camera 2) alter the position of the apertures on the rings. The combination of these two movements provides infinite possibilities for them to be directed. The imperceptible radiation of heat can thus be experienced in three dimensions by the user of the building. 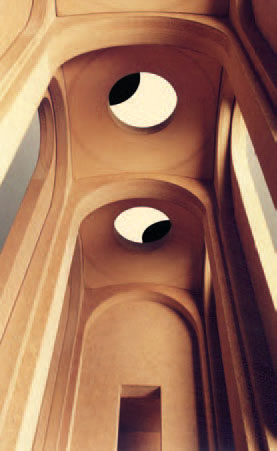 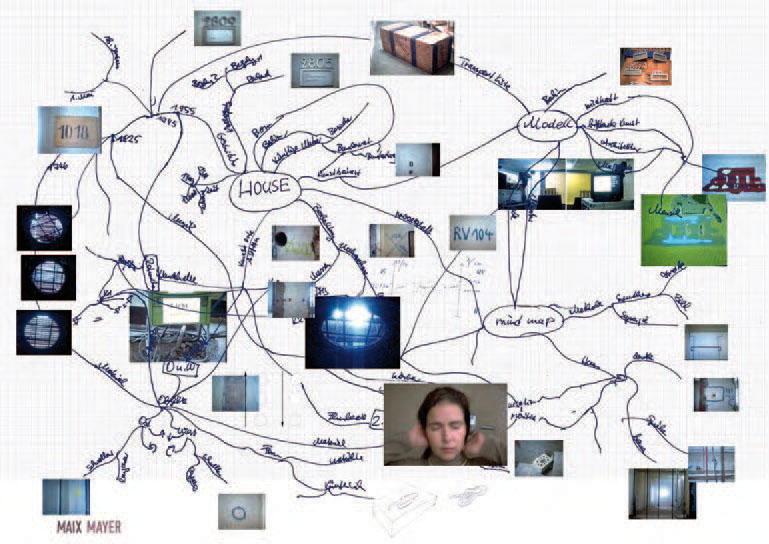