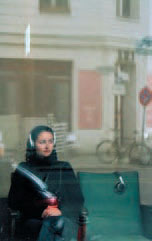 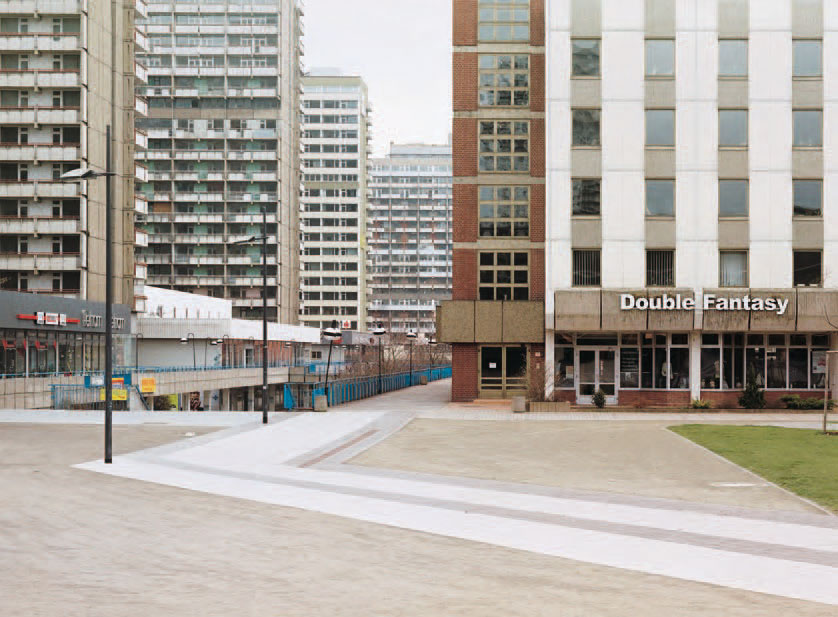 This work draws its title from a popular nickname used in the former East Germany to describe a new district of the city of Halle, a district officially called Halle-Neustadt. It was begun in 1964, and later became a town in its own right, with some 93,000 inhabitants. The name was shortened to “Ha-Neu,” which in the local Saxon dialect sounds like “Hanoi,” the capital of what was then North Vietnam.

The modern urban planning principle of the division of functions was taken to extremes here. “Hanoi” was a dormitory suburb for the workers – most of whom were employed at the region’s chemicals plants some distance away. After German reunification and the closing of many large factories, nearly half the population of Halle-Neustadt left. It is an extreme example of the shrinking and decline of a city offering few employment opportunities and which may soon be completely without occupants.

The images of now-uninhabited spaces in Halle-Neustadt are key frames for a film that has not been produced. For its presentation, dialogues were written and produced as an audio play on CD. The visitor to the exhibition could listen to it through headphones while sitting in cinema seats and looking out through the window down Berlin’s Auguststrasse thoroughfare. In the visitor’s imagination, the images and the story of “Hanoi” overlay, complement, or continue the real view of the street – reception in a kind of display case. 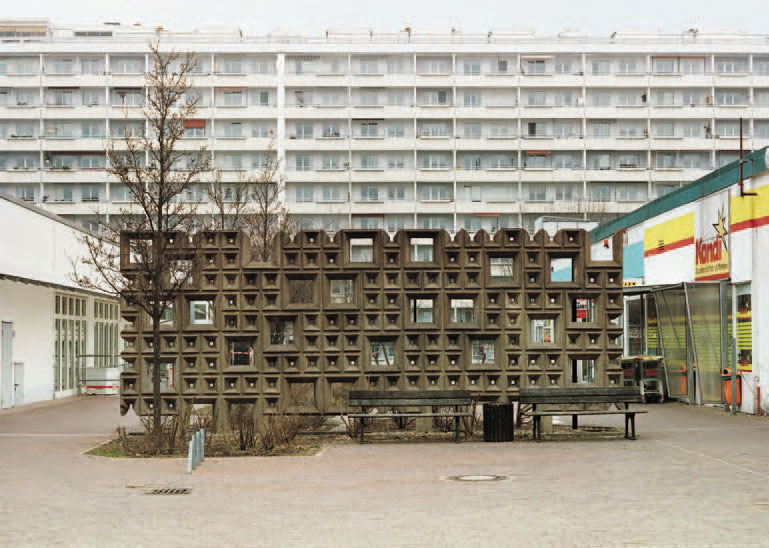 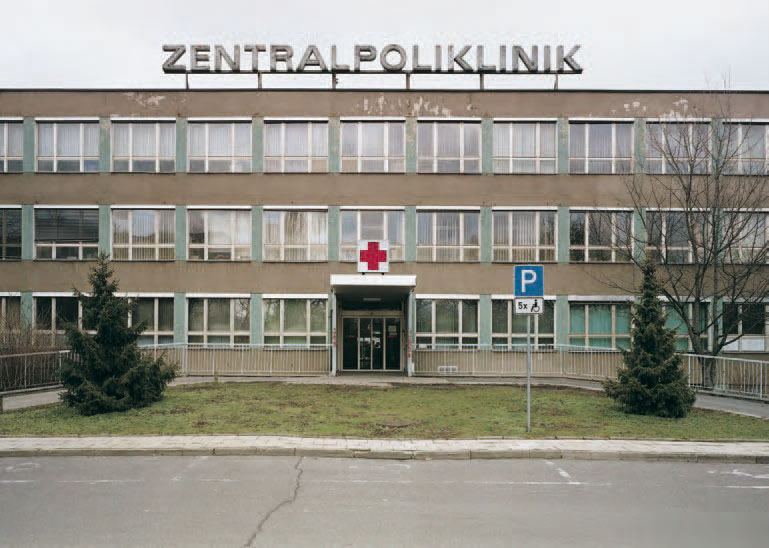 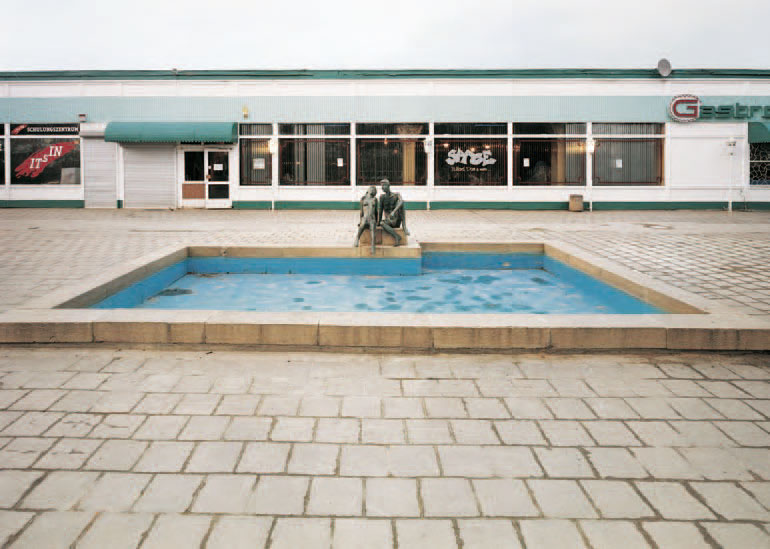 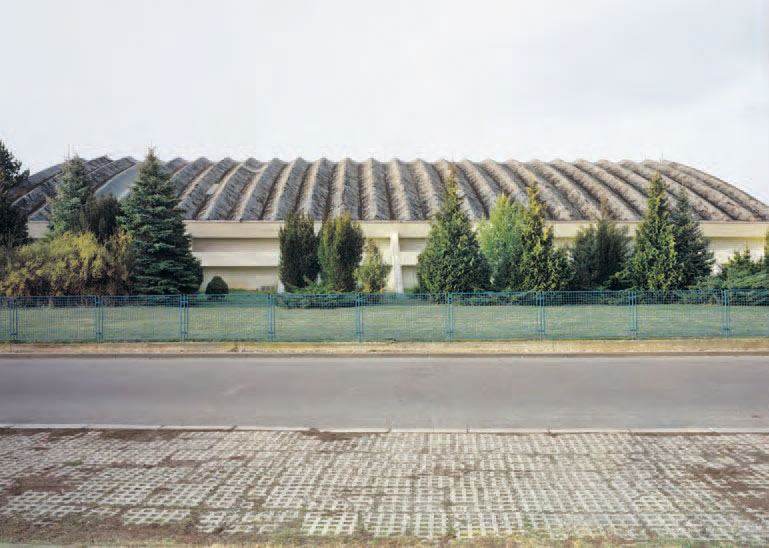 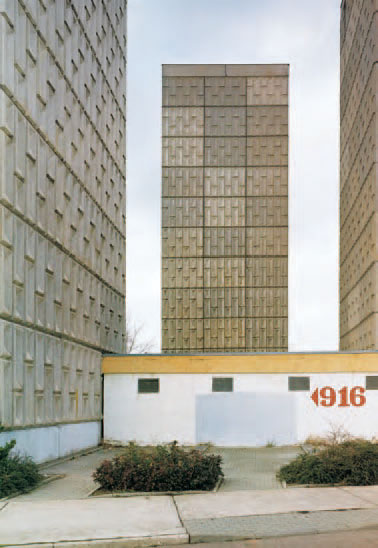 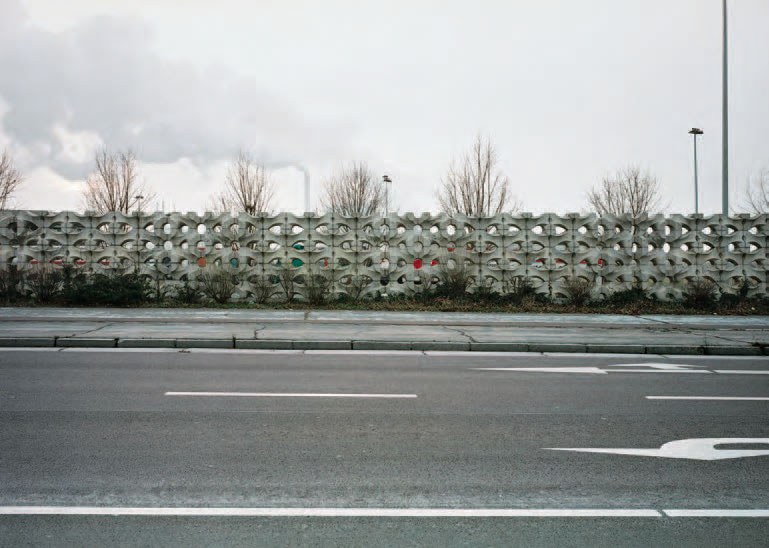