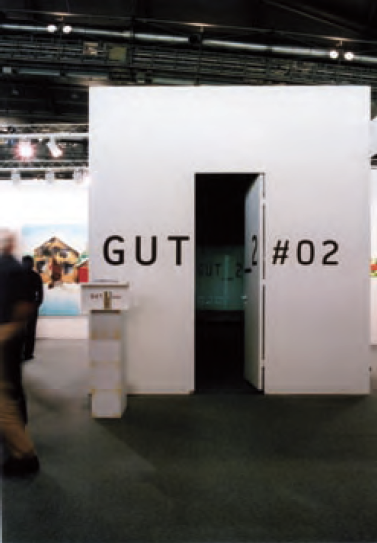 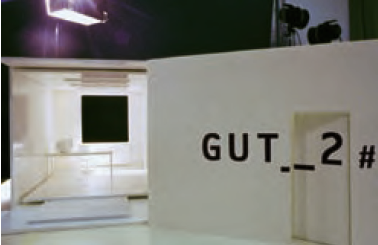 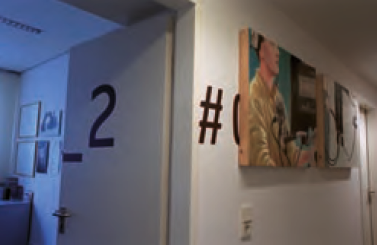 This work was created for the “Förderkoje” of the Kunstmesse art fair in Frankfurt am Main in 2001. To that end, two models were produced. The first model comprised the office – not open to the public – of trade fair director Marianne El Hariri on a scale of 1:20. The film production was carried out as in gut2/01 (see p. 62). However, in contrast to that work, the projection was shown in a 1:1 model of the office (Förderkoje).

The interlocking of spaces (publicly accessible model in the exhibition hall and real office in the tower) characterizes the document “Gut_2 # 02.” The typescript could be read at the original model and was also fixed to the entrance of the projection room at the trade fair as well as in the corridor on the eighteenth floor of the tower block in Frankfurt – correspondingly enlarged.