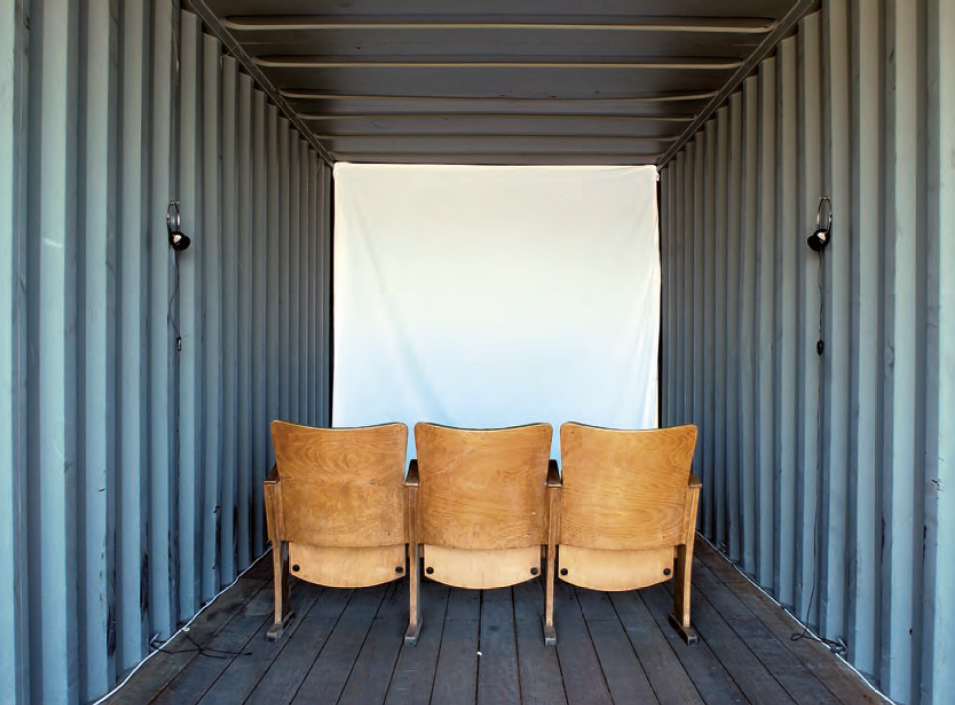 The city of Mainz organized an art project under the title Kunst und Wissenschaft (art and science), in which 12-meter-long containers served as mobile art galleries in the public space.

The interior of the container was divided by a cinema screen. Behind this was a table, on which was a microphone with an equalizer. Cinema seats with headphones were installed in front of it. During the set opening times of the container, there was a constant reading of the book Wissenschaft als Kunst (science as art) by Austrian philosopher of science Paul Feyerabend (1924–1994). The paid readers sat behind the screen. The voices, volume, and modulation were transformed into frequency signals by the equalizer. The different modulations were shown in alternating colors that lit up the room both behind and in front of the screen. The shadows of the reader and the audience alternately were thrown onto the screen. Each reader could individually regulate the filters on the lamps, thereby determining the mood lighting for his or her reading.

Direct cinema created an intimate audio play with silhouettes for each visitor under his or her headphones. The project dealt with the most elementary means of cinema and makes reference to one of the first texts ever on media theory – Plato’s cave parable. Various media are present in direct cinema – the voice, shadows, the book, and above all, the computer. Direct cinema creates a link with Mainz as a modern media city, home to German public broadcaster, ZDF, which is one of the biggest of its kind in Europe. 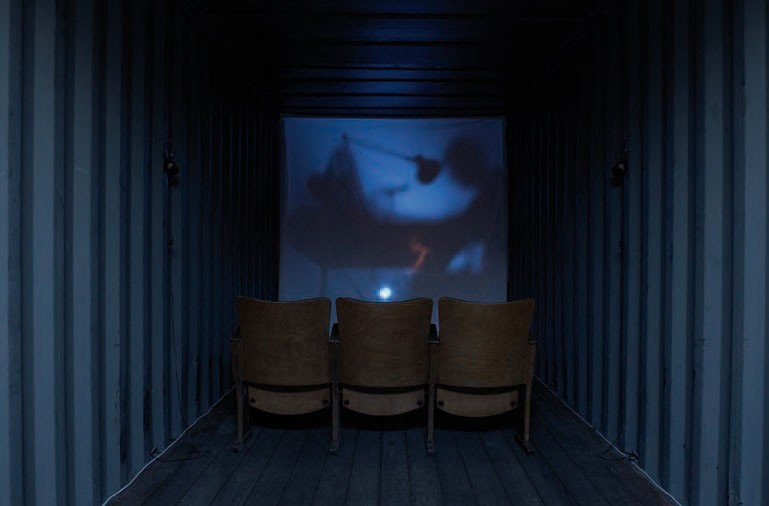 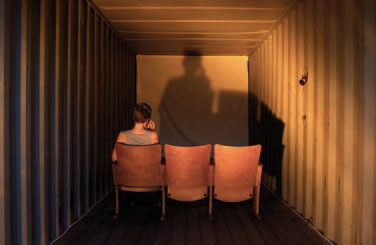 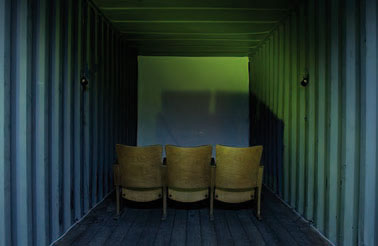 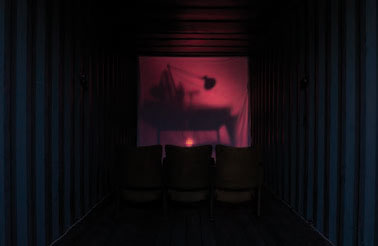